It looks like you had already registered on our site but you didn't activate your account. We just re-sent the activation email to %%modal_email%%

Please check your inbox (and your SPAM folder!) and then click on the activation link to start using your account

Go to the activation page now

Sorry but it looks like somebody already used the email address %%modal_email%% for registering on mob.is.it.

Now all you have to do is click on the activation link in the email we just sent to %%modal_email%% to activate your profile and start using mob.is.it for building mobile websites and native apps

Go to the activation page now

QR codes or (quick response) codes are those funny, pixelesque barcodes you often see in magazines and bus stop advertisements, and if you've been to a large festival that employs QR technology, they are even present on your ticket & wristband.

That's right, they're everywhere, and to make things more perplexing is the fact that they haven't proved as popular as perhaps we were expecting - despite this being the smartphone revolution!

However, that hasn't stopped companies utilizing them in ingenious and creative ways! Here are 7 great examples of companies that have succeeded in embracing QR technology in their marketing: 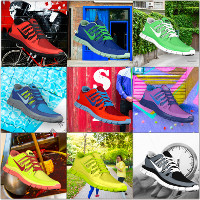 Nike's ever-ingenious marketing team has got onto a winner with this idea. In collaboration with China's number 1 messaging app - WeChat, Nike concocted an ingenious QR campaign.

The campaign involved scanning a QR code to begin following Nike. From there, users were invited to send Nike their favourite colourful photo via the app. The users would then receive a reply of their customized shoe, perfectly matching the colour of the photo!

Nike has really thought outside the box with this campaign, managing to integrate QR codes with a personalized shoe for every user. It even managed to generate over 30,000 submissions in 1 month! 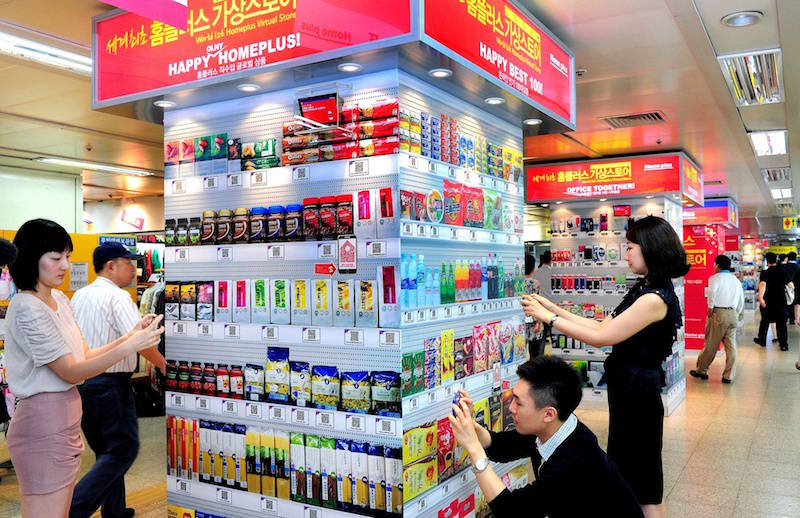 Tesco have literally gone one step further in South Korea. With a population of over 10 million smartphone users (approx. 1/5th of the population), Tesco have taken the opportunity to appeal to Korean commuters in a very interesting way.

Targeting subway commuters, Tesco set up 'virtual shops'. Essentially pictures of their products featured on the subways' glass walls, with QR codes beneath for 'customers' to shop on their daily commute. The products can then be delivered to the recipient's household.

Suffice to say, this PR stunt was well received, saving commuters' time and saving Tesco money by not having to set up new physical stores - All the while providing a nice novelty touch to a usually medial task. 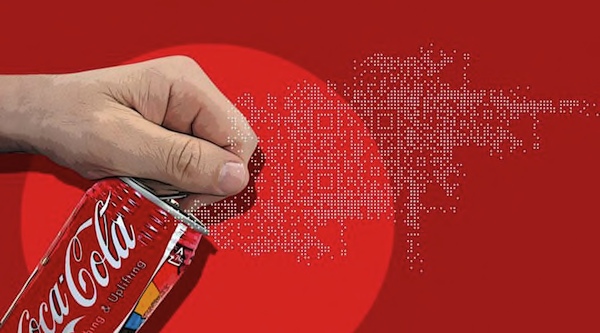 It's safe to say, being the beverage conglomerate that it is, that Coca Cola are usually the first to champion new and exciting marketing tactics - and this one is no exception.

By integrating QR codes into their product packaging, Coca Cola have successfully launched a campaign that engages with their customers on a personal level, and because the codes are dynamic, consumers are delivered with ever changing content and offers. Try doing that with other types of printed information!

British Airways have since noticed the benefits of QR codes outside of marketing and have employed their use in their mobile boarding passes, allowing you to check in and download your boarding pass straight to your phone.

Although they probably do use QR codes in their marketing efforts, utilizing them as a downloadable boarding pass is both extremely useful and time-saving, making it difficult to disregard it in the scope of this article! 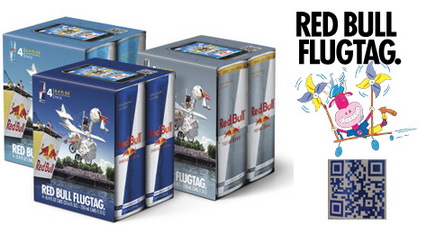 The first time Red Bull jumped on the QR bandwagon, it didn't work out very well for them, for the simple fact that they decided to place their codes in areas without phone connectivity - meaning no one could access them!

After receiving some bad press from this minor marketing blunder, Red Bull has returned, but this time they are taking the QR approach a bit more seriously.

Taking inspiration from Coca Cola (one could only assume), Red Bull have integrated their codes into their energy drink packaging - a much more sound decision we can all agree.

Scanning the code allows users to download a mobile game, giving Red Bull customers some genuinely interesting content for free, whilst also giving winners of this game a chance to win tickets to their Flugtag competition - altogether a much more successful campaign, proving that International companies can learn from their previous mistakes.

Meanwhile, popular designer fashion label Diesel has rolled out their QR campaign in various stores around Spain to promote their various products.

This QR code essentially acts as a facebook 'like' button when scanned, liking the product page and announcing to friends that they have been shopping at Diesel.

This has the potential to be a potent marketing technique, increasing the likelihood of other users sharing the content and it going viral. 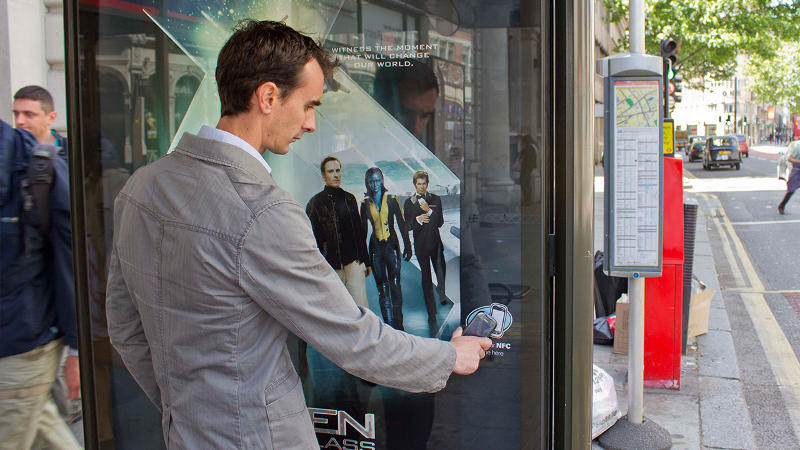 Firstly, we need to provide you with some context; NFC stands for Near Field Communication, and whether you know it or not, most top of the range phones are being fitted with it.

You've probably witnessed NFC in action, in the form of contactless payment.

Now we're all up to speed, you're probably interested to hear how Marvel has integrated this with their marketing tactics. Well you see, they embedded NFC chips in various X-men posters around London, sparking major interaction with passers-by.

Measuring the public's interaction with the posters gives the promoter a unique insight into the effectiveness of the campaign and allows for further analysis of data aggregated from this successful stunt.

Use mob.is.it to easily build awesome mobile sites, native apps and mobile marketing campaigns that you can sell to restaurants, local businesses and much more. And you do it all yourself, without the need to hire anybody else!

Try it for free!

About Silvio Porcellana — I am the CEO and founder of mob.is.it. I usually write about the mobile web, online marketing and growth hacking while I enjoy helping fellow entrepreneurs and small businesses across the globe understand and profit with mobile marketing. You can reach me at silvio@mob.is.it or follow me on Twitter at @silvioporcellan

Go back to the list of posts Go to the homepage

Hey! Thank you for reading this far!

We hope you have enjoyed reading our article.

mob.is.it is an online tool for building mobile websites and native apps for yourself or your customers.

It is totally free to try and we are sure you will find it easy to use and extremely effective. If you want to, click on one of the buttons below to register and try it without any obligation.

No, thanks  |  Do not show this popup in the future